Be mine: why it’s smart to court your friends- via New York Magazine.

10 best cities for a winter vacation – via CNN Travel.

Reasserting the role of the fashion press – via Business of Fashion.

The problem with rich kids- via Psychology Today.

Katie Couric will be joining Yahoo in 2014- via Business Insider.

Just when we thought Louis Vuitton couldn’t get any better, it did. This morning the brand tweeted that Nicolas Ghesquiere will be stepping in for Marc Jacobs as Creative Director. So excited to see how much leather will be incorporated into the brand.

Original article via The Business Of Fashion. 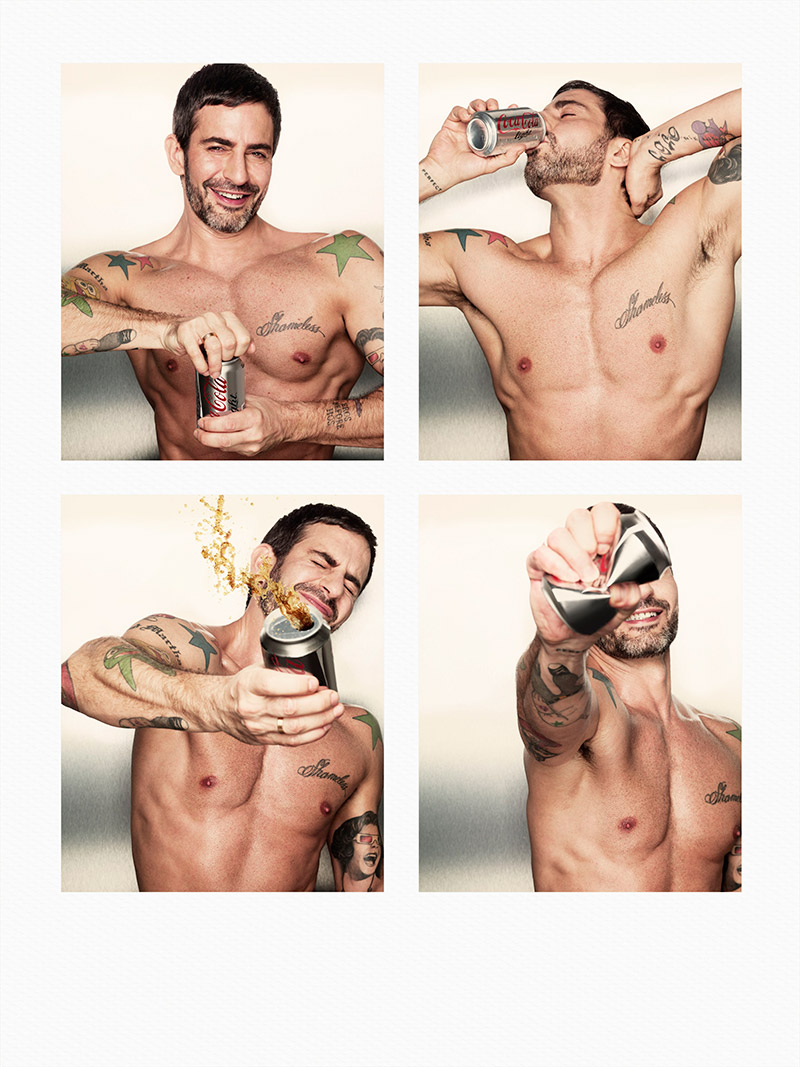 PARIS, France — Marc Jacobs, Robert Duffy and LVMH chairman Bernard Arnault have confirmed that Jacobs is exiting his position as the creative director of Louis Vuitton, the luxury brand owned by LVMH, after many months of speculation.

The news marks the end of Jacobs’ 16-year tenure at the storied French house, which the American designer helped to transform from a staid luggage label into one of the most valuable fashion brands in the world, and the jewel in LVMH’s crown.

Indeed, when Jacobs joined the brand in 1997, the New York-based rookie sensation known for popularising 90s grunge, injected both contemporary cultural currency and his characteristic showmanship into the label through its spectacular runway shows. In his first decade at the house, Louis Vuitton’s profits quadrupled.

Yet, in recent years, as affluent consumers in highly lucrative and important emerging markets like China matured much faster than expected and began to tire of Louis Vuitton’s now ubiquitous and much-copied signifiers, the brand began to lose some of its high fashion cachet, eroding the label’s high luxury positioning. In response to this growing “logo fatigue,” in recent seasons Louis Vuitton has shifted away from its more obvious brand signifiers and refocused its product and communications strategies on craftsmanship and other more discrete branding devices.

In 2012, Louis Vuitton’s sales growth slowed to single digits on the back of sluggish demand in Asia and Europe.

The announcement of Jacobs’ departure came only moments after the designer presented his Spring/Summer 2014 collection for Louis Vuitton, an all-black, gothic swan song incorporating sets from his most memorable shows for the brand — including a fountain, dual escalators, and a carousel — around which models paraded in dark, funereal clothes and black, tribal headdresses.

Jacobs’ successor at Louis Vuitton has yet to be named, but French designer Nicolas Ghesquière is widely thought to be the current frontrunner for the role, following what has been an acrimonious separation between the designer and his former employer Kering, owners of the once ailing Balenciaga, which Ghesquière successfully turned into one of the most forward-looking, elite luxury brands in the world, during a 15-year tenure.

Jacobs and his longtime business partner Robert Duffy are said to be preparing for the IPO of the Marc Jacobs label, in which LVMH has 96 percent stake; the group, Jacobs and Duffy each own one-third of the Marc Jacobs trademark. Market sources suggested the public offering would take place within the next three years and, in an interview withWWD, Mr Arnault revealed: “[Marc Jacobs, the brand] has enormous potential all over the world. To materialise this potential, we decided together within the next two or three years, to do an IPO.”

“Marc Jacobs may be the best and most known, successful brand in the US,” continued Arnault, affirming his commitment to further scaling the brand, which, under the guidance of the group and over the course of 16 years, has grown from generating about $20 million in annual sales to almost $1 billion.

The LVMH chairman outlined a high-level roadmap for Marc Jacobs, focusing mainly on fortifying distribution by upgrading and expanding the brand’s own network of stores, and growing the product range. The company also plans to reposition and grow diffusion line Marc by Marc Jacobs, which announced two significant appointments this May: Katie Hillier as creative director and Luella Bartley as women’s design director.

“We’ve started to reposition Marc by Marc, so we hired a new design team… We’re going to start increasing the collection handbag business and we’re going to start working on distribution. We really have to redefine what we’re doing,” Duffy told WWD.

Click here to read my latest published article for Guest of a Guest. 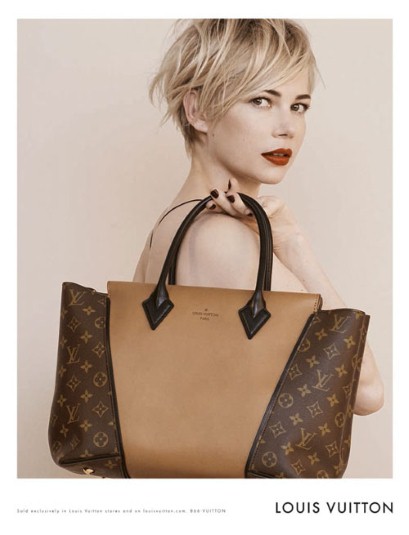 It seems as if previous predictions may be proving to be true. Louis Vuitton is consistently losing ground as the world’s most valuable luxury brand due to competitors, such as Gucci and Prada, gaining leads.

According to The Business of Fashion, Vuitton’s brand value has declined 12 percent from a year ago to $22.7 billion. The leather goods company, which is owned by LVMH Moet Hennessy, currently remains the most valuable luxury brand for the eighth consecutive straight year. This winning streak, however, is greatly threatened by rivals’ ability to better manage the trade-off between exclusivity and affordability.

For example, the value of PPR SA’s Gucci’s brand surged 48 percent to $12.7 billion, securing the company the third rank in the luxury list, while Prada’s worth soared 63 percent to $9.45 billion, placing it fourth. Hermes has remained in second place at $19.1 billion, an unchanged status from last year.

These major gains in value can threaten Louis Vuitton’s reign as the world’s most valuable luxury brand. Millward Brown Optimor explained this threat in a recent statement,

“As consumers make room for those luxuries that make them feel better by trading down on other items, it is the middle of the road brands that are feeling the impact of this polarization,”

Essentially, Louis Vuitton is getting old. Personally, I would never purchase another Louis Vuitton bag. Everyone seems to have one, whether it’s authentic or, in most cases, counterfeit. Louis Vuitton may still hold the number one spot due to the fact that it’s the most well known, but consumers everywhere are simply getting sick of the company. We’ll see where the brand stands this time next year.

Photo via Business of Fashion

An illustrated guide to London. 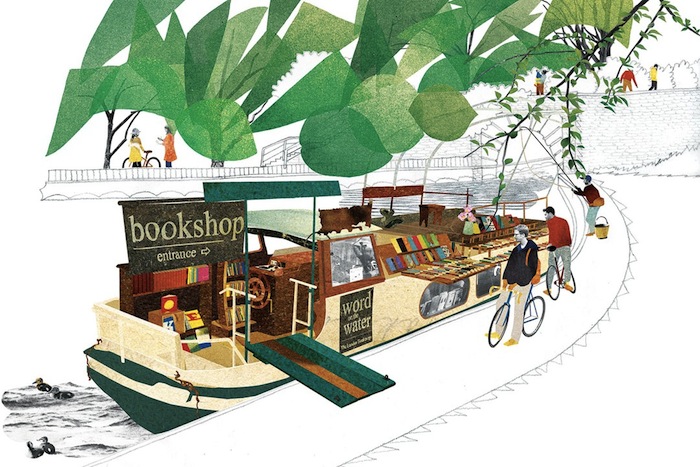 Last week was the most important night in fashion: The Met Gala. While the invite specifically said the theme was punk, it seems that not everyone followed the theme. However I have curated a gallery of the looks that I considered that best followed the theme while looking fabulous! 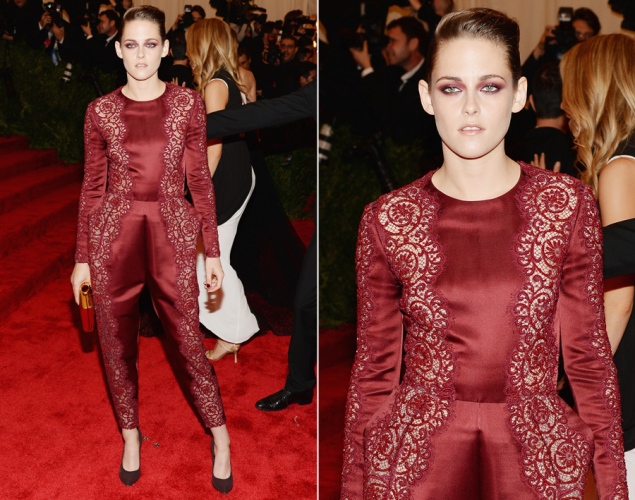 Of course Lady Madonna would get the punk look right, she actually live it the first time around.

Apparently this new Louis Vuitton video promotes prostitution. You can be the judge of that.