When I first decided to lose my boutique fitness studio v-card Physique57 seemed like the obvious choice to me.  Physique57 is a super fast paced barre class based on the Lotte Berk training method ballet dancers use to get into shape. It became really popular among the fashion crowd for its delicate moves and speedy results. Kelly Rippa and a bunch of models rave about it, the reviews said that your blowout would likely remain intact and they have a studio on 57th street (hence the name) which is 7 blocks away from my former office at Time inc. It just seemed like a no brainer to me.

When I walked into my first class at their Soho location I was automatically seduced by how great it smelled, how peaceful the blue and white color combo felt and how ridiculously hot and beautiful all the women who were going to take class with me were. But boy was I unprepared for what was about to go down in that class. The workout consists in doing isolated ballet and Pilates inspired movements to the point of exhaustion to achieve maximum results. While the movements are very small and delicate your legs will definitely quiver with exhaustion during and after the workout.You also have to wear grippy socks in order to not slip on the blue carpet, making it feel more like a ballet lesson than a trip to the gym.

After trying it for the first time I didn’t really think that I was going to achieve huge results since the class has a very low cardio component which consists on a 60 second set of thigh dancing. However I had bought an introductory two week deal on Gilt and figured I might as well use it. That is when I understood why this workout has such a big following. I have always worked out a lot and when I started doing Physique I had actually been working out with a trainer for a few months so I was in pretty good shape but after just 10 physique classes I had visible muscles everywhere including the defined abs I had always wanted but had never managed to get. This led to me buying  the one month newcomer special which was followed by the three month unlimited contract. As of now I have officially taken 162 physique classes and there are definitely many more classes to come in my future. 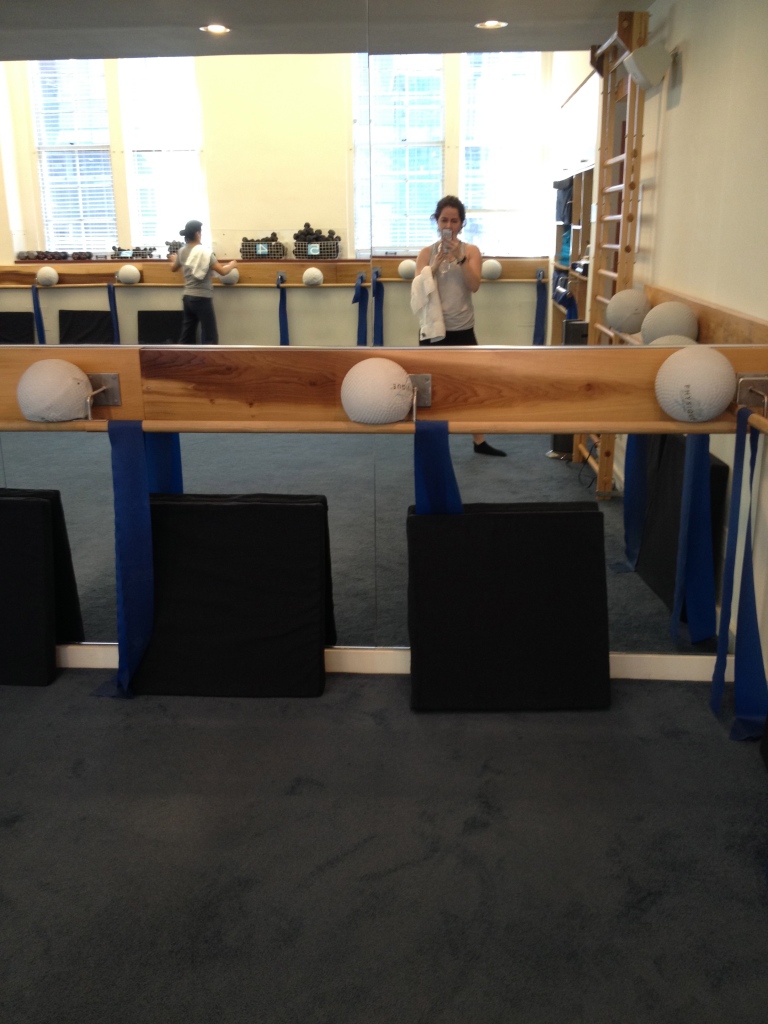 I rarely include myself in the blog but I think for this post I can make an exception.

One of the best things about Physique is there are multiple options for classes – both in terms of levels (Beginner, Mixed, Intermediate, Advanced) and types (stretch, yoga, cardio, armed & fab in 30, mat, formula). So if you are newcomer you don’t have to go through the intimidation of having a 50 something year old woman with a better body than yours at 24 pulsing right next to you at the barre. They have a first class special where you buy your first class  and you get the second one for free which is pretty awesome considering each class costs $36. The locker rooms are great, fully stocked with showers, hair dryers, super fluffy towels, deodorants, body lotion. Basically the only thing you have to take is a change of clothing and your make up because the locker rooms at Physique supply you with everything you need. For me this was one of the things that kept me constant, since it made my gym to office transition really convenient.

If you are a person who finds it hard to get motivated to go to the gym have no fear! Physique has invented a system for you to get over this. You see at Physique you do have to book your classes in advance and are charged a cancellation fee if you don’t go. I highly advise to book you class well in advanced since this workout is so popular and has such a big following most times its hard to find a spot at peak hours even when you try signing up a week ahead of class. Think: Strict cancellation policy + High cancellation fee + Cost of the class = Me never skipping a class and toning muscles I didn’t even know I had. The best part is that I actually look forward to these classes every time I sign up for them. 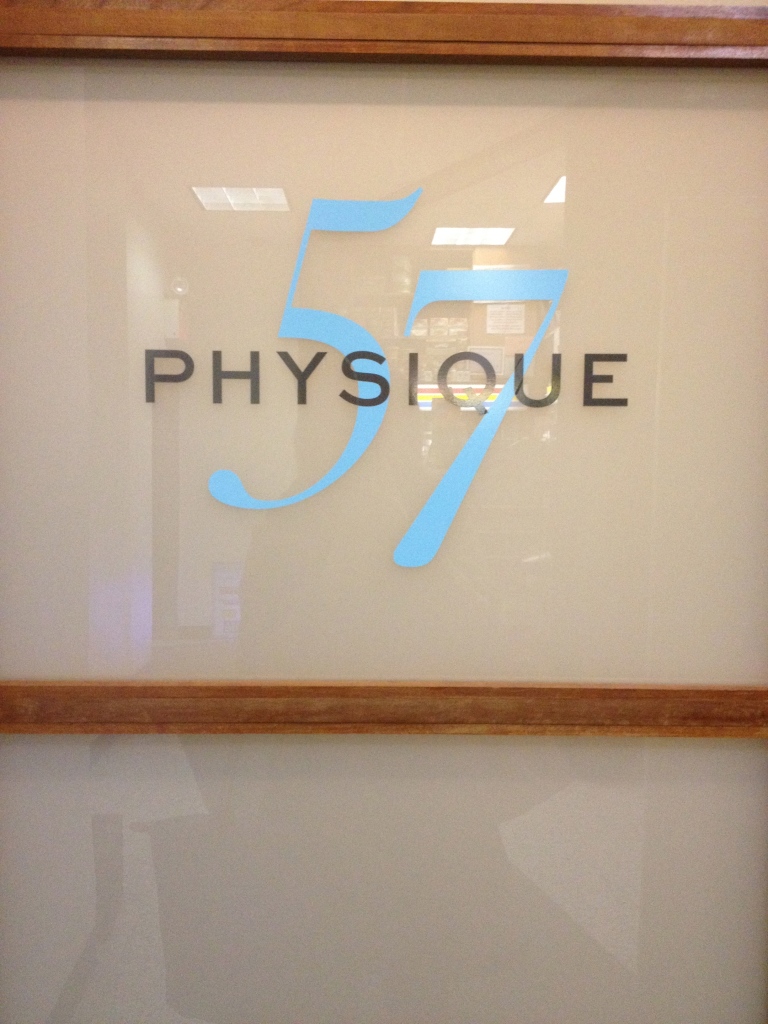 The entrance to the Soho studio.

However after rambling on and on about the workout I have to admit that what sets Physique apart from other barre workouts (other than getting a free apple on the way out) are the instructors. They are incredibly friendly, they are always looking to motivate you and they pay a lot of attention to everyone in the class. Since I was a regular the instructors were always helping me tailor the workout to my specific needs. Although I think all of the instructors at Physique are great I do have a strong preference towards Lauren E and Emily Z. However my absolute favorite Physique instructor is Sherri Norige. Not only is she super upbeat and positive but she makes an effort to remember everyone in the class regardless of how many times you have taken her. Don’t be fooled by the niceness though, she will THOROUGHLY kick your ass and you will not be able to hate her for it.

Even though I have been going for over a year my body is still making progress. Physique is the type of workout where if you go enough times you will get very good at it, however Physique57 will NEVER feel easy. Yes, it is very expensive.  But you get what you pay for, which are RESULTS.