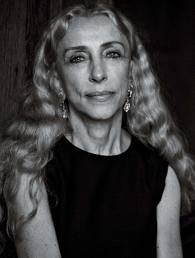 For a person whose job is to edit — editor-in-chief Franca Sozzani doesn’t seem to have much of a filter when it comes to giving interviews. From her quick defense of John Galliano immediately after his meltdown to her blog post about the “disease” of fashion bloggers, Sozzani is at once refreshingly candid and embarrassingly out of touch, which has contributed to such revolutionary moves as EIC of Vogue Italia like acting as ambassador of nonprofit Fashion 4 Development and handpicking Steven Meisel, Tim Walker, and Ellen von Unwerth when they were unknown photographers, as well as publishing those now-infamous “slave earrings.”

Her paradoxical POV was really examined in a recent interview given to Fashion Telegraph. Throughout, she gives some highly quotable opinions about creativity, authenticity, and feminism that are oftentimes genius and sometimes contradictory:

On feminism:
“I think women are sometimes much more clever than men because we are used to doing many things at the same time — mother, maker, boss, wife. But I don’t think that by saying I’m a feminist you change the world. It’s by behaving like a feminist. I want to protect other women who can’t stand up for themselves. But at the same time it seems a lot of women behave stupidly because they only want to get married and have kids and have a rich man and beautiful clothes. These women do not deserve anything from me.”

On the fashion elite:
“There is no man who wants to be with a ridiculous woman. It’s only the fashion crowd. They dress to be portrayed by bloggers and street style [photographers]. It became a fashion to be outrageous. We are not celebrities. We are people who work as a messenger, to fashion and readers. We should not become our stars. And anyway, if you become [a star] it is because of what you do, not because you dress this way or you wear these glasses or you have this bag. That’s not the point.”

On creativity:
“Sometimes, yes, I think I am crazy. Why did I do something like that? But at the same time I do not regret it. When you see that you have made wrong, you just have to go on, to try again. […] I cannot live without dreams. If you have a big dream you can make it. So you have to dream on a big scale. Martin Luther King said that he dreamt one day his kids would be appreciated for their character, their knowledge, not the color of their skin. Forty years later we have a black president. So you have to think and fight for the big things. The dreams should be huge. Of course you can dream to have a bag, but that’s a small dream.”